Born in London in 1946, Alan’s Honours Degree in Engineering from Birmingham University and Masters in Business Studies from the London Business School, has allowed him to pursue his passions for travel, transport and adventure.

While his Engineering qualification first took him into the food industry – making baked beans and ice cream – it was his Masters that sparked his entrepreneurial spirit.

After learning some tough lessons from building a start-up furniture business for a large UK manufacturer, in 1979 Alan decided to combine his engineering skills and love of analytics and modelling to become a freelance consultant, specialising in distribution, logistics and supply chain management.

In 1985, he set-up his own consultancy – LCP Consulting – making early use of micro-computer data analysis in the logistics and supply chain sector and landing Apple’s European Logistics Division as an early client. After surviving the 1990/91 UK recession, LCP went on to become one of the world’s leading independent supply chain and logistics consultancies.

With clients around the world, including brand names such as Harrods, Tesco, ExxonMobil, Johnson & Johnson, Maersk and China’s Sinochem, Alan was able to travel and experience first-hand many of the challenges of global logistics. At the same time, he began lecturing at the highly prestigious business university, Cranfield, becoming a Visiting Professor in 2006 and Head of Supply Chain Research for many years.

By the time Alan’s business was bought by digital logistics specialists, BearingPoint®, he had co-authored a book: Business Operations Models – becoming a disruptive competitor. He had also developed a keen interest in freight transport policies, in particular looking at city-based freight and logistics, focusing on environmental sustainability, air quality and congestion. He is now Chairman of The Chartered Institute of Transport and Logistics’ Freight and Logistics Policy Group.

Since 2017 Alan has continued to combine his expertise in transport, logistics and sustainability, becoming a Director of Cargobikes.com Ltd – a pioneering electric transport company developing cargo delivery bikes for UK supermarket chains and local retailers.

His view that sustainability in materials and transport is now one of the most important global issues, has also drawn him to the Indian-based NGO, Goonj. As well as Goonj’s focus on developing a ‘circular economy’, it has allowed Alan to revisit India and explore and develop the model of dignity-based social regeneration and environmental sustainability.

With his Father driving Morgan 3-wheelers in rallies in the 1920s and ‘30s, Alan has continued the family passion for the British marque. He bought his first Morgan in 2002 and is now the proud owner of both a four-seater Roadster and a new 3-Wheeler which, at the age of 73, he and his wife, Pat, will drive some 3,500 miles around India. 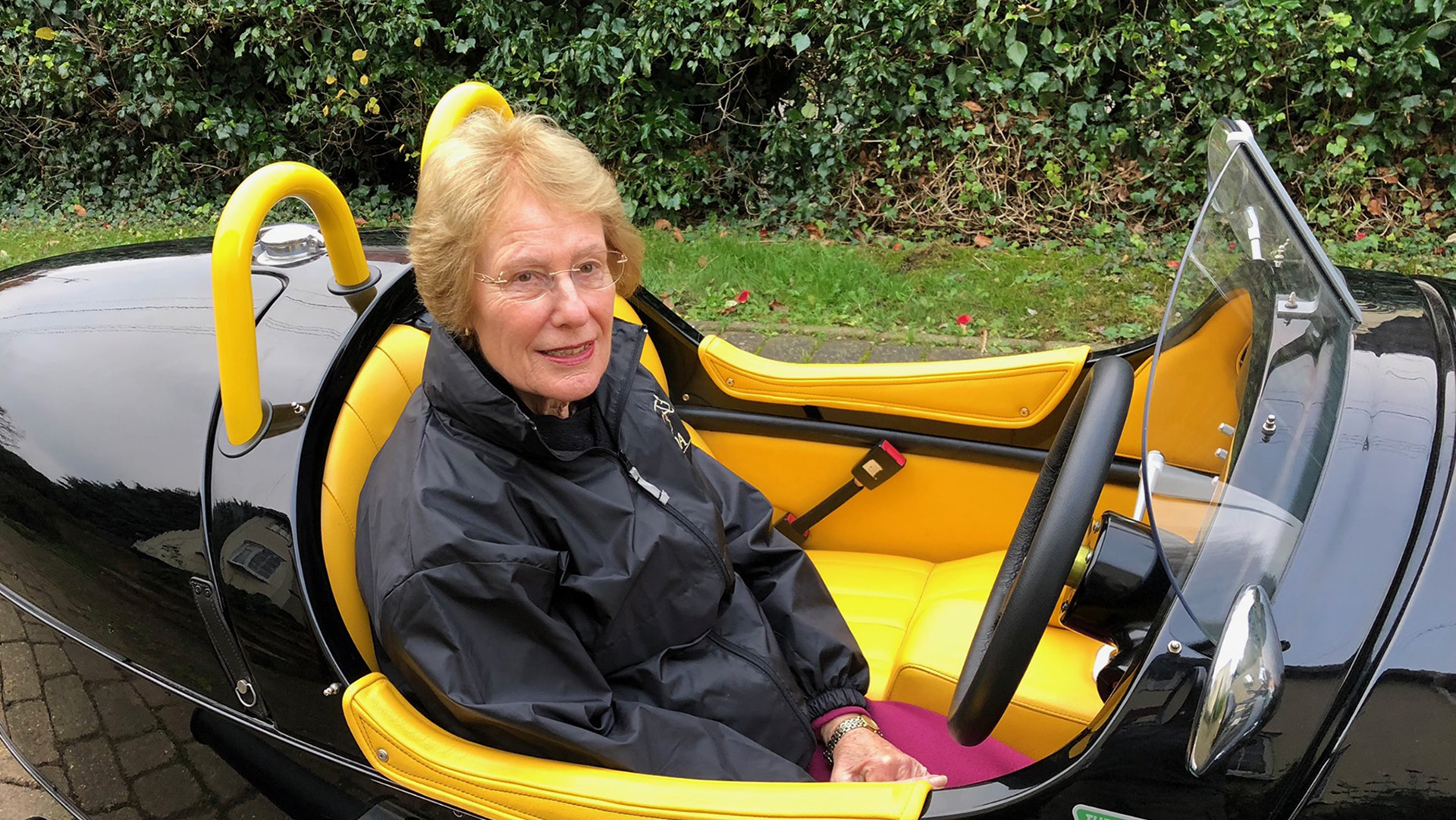 Pat was born just after World War Two in Caterham, Surrey (just South of London). Educated locally, she developed a passion for science, alongside a love of horses and horsewomanship, leading to an Honours Degree in Agricultural Microbiology from Nottingham University.

She returned to London to begin a career in food safety and packaging security with canning and printing specialists, Metal Box. In 1969 she married Alan Braithwaite and they had their first child, Frances, in 1973. After a short time living in Wales and the birth of their second daughter, Alison, the family moved to Suffolk. Their third daughter, Louise, was born in 1980.

Their home in Suffolk, where they have lived for more than 40 years, allowed Pat to buy additional land to run a horse training and stables business. At the same time, she supported Alan’s rapidly growing company, acting as Financial Controller for a number of years and remaining as Company Secretary until the business was sold in 2017.

She has always been an active volunteer in community work, including school groups and School Governorship, as well as Church Warden, Treasurer and Parochial Council member.

When not busy with her many activities, she finds time to enjoy her five grandchildren who, according to Pat, are: “A constant source of delight and excitement.”