Fully recovered after open-heart surgery, 73-year-old philanthropist and businessman, Alan Braithwaite, and the Trans-India Challenge team are set for departure, as they aim to drive a Morgan Three-Wheeler 3,500 miles across India starting 1st February 2020.

The route will take Alan, wife Pat, and a two-man documentary team on a 34-day adventure in an uncovered car, largely on crowded and perilous roads.  The specially-prepared car, based on the original 3-Wheeler designed by Henry Morgan in 1908, left the UK in a shipping container in December 2019 and has now arrived in Mumbai.

After a successful heart operation at Cambridge’s Royal Papworth Hospital, Alan and the Challenge team turned their attention to preparing equipment, finalising route plans and focusing efforts on raising the £200,000 targeted to support Indian aid organisation, Goonj.  The money will also be used to fund academic research into the NGO’s ‘circular economy’ model.  This takes discard (useable waste), particularly textiles, from urban areas and recycles them as a form of currency to reward social regeneration projects undertaken by Indian rural communities.

The Braithwaite’s adventure has already attracted support from the Morgan Motor Company and lifestyle company Ralph Lauren. Based in Malvern, Morgan has been making handmade motor cars since 1909, of which a staggering 98% are still on the road; with lifespan and the materials used it is arguably the most sustainable car manufacturer in the world. Throughout the Challenge the team will be wearing Ralph Lauren polo shirts from its Earth Polo range, with clothing crafted from thread derived entirely from recycled plastic bottles and dyed using an innovative waterless process.

Alan states: “It’s actually getting very exciting and I’m struggling to believe we’re this close to departure. We’re having to deal with a whole range of last-minute issues on the insurance, the visas and the filming, so there have been more ‘moving parts’ than I had originally imaged. But the team have done a fantastic job in getting us to this point; we’re attracting a lot of media and social media interest and we can’t wait to get on the road.”

The route has also been finalised to maximise the opportunities to visit Goonj’s circular economy projects, offices and collection centres along the 3,500 mile loop. The Challenge will take in major cities including Pune, Hyderabad, Visakhapatnam, Puri, Kolkata, Patna, Lucknow, Agra, New Delhi, Jaipur, Udaipur and Ahmedabad before returning to Mumbai at the beginning of March. 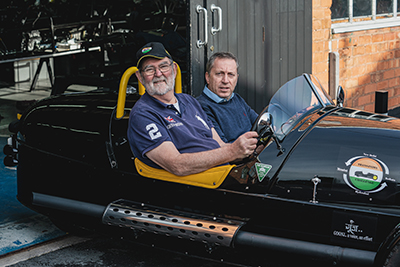 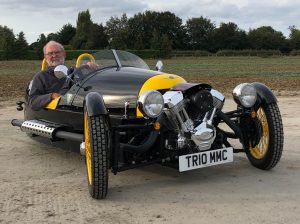 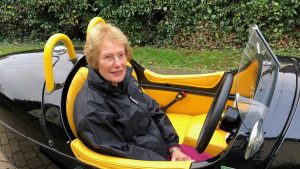 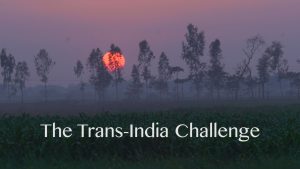 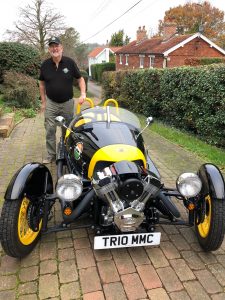